The 2020 Making the Difference Awards ceremony, hosted by Stephen Foster, radio presenter at BBC Radio Suffolk, took place on Friday 6th March at Milsoms, Kesgrave Hall. The awards which were fully-funded by sponsors, with Accent Fresh being the headline sponsor, seek to acknowledge and celebrate colleagues’ exceptional contributions to their workplace. All those who were shortlisted for an award attended the event to find out who the winners and highly commended recipients were in each of the categories.

Now in its 5th year, the awards ceremony is one the most anticipated events within the Vertas calendar. Every year Vertas’ CEO and Board of Directors shortlist the nominations and find it more and more difficult to select the winners in each of the ten categories due to the number of incredible and worthwhile nominations received. This year over 300 nominations for employees were received, the highest number of nominations so far.

The event was opened by Ian Surtees, MBA, FIoD, Vertas Group Chief Executive Officer and Duncan Johnson, Chairman of Vertas Group and Suffolk Group Holdings who kicked off the festivities by giving an inspirational welcome speech.

All finalists along with their nominator were invited to the ceremony and enjoyed a 3-course meal, disco and photo booth. A raffle for Vertas’ charity of the year – Cancer Research UK – took place during the evening and a fantastic £1,185 was raised.

Each winner received a framed certificate, trophy, and a £200 voucher. So, who won? Please click the link here to see the winners and highly commended recipients.

“My congratulations go to all of the 2020 winners and finalists. I’m delighted with the record number of nominations this year, demonstrating how colleagues across the group have embraced the awards, now in their fifth year. A special thanks to all our sponsors who made the evening possible.”

The awards also marked an announcement that the group had decided to support Cancer Research UK as its official charity for the fourth year running. Kate Innes, Group Head of HR and Kelly Fellowes, Head of HSQE Compliance and Governance presented a cheque to the value of £9,173 to Debbie Adams from Cancer Research UK, which represents the monies raised by colleagues in this current financial year. 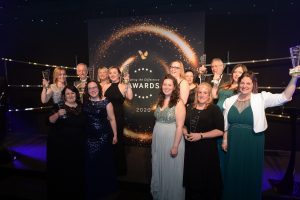 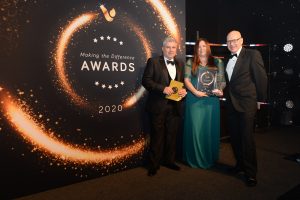 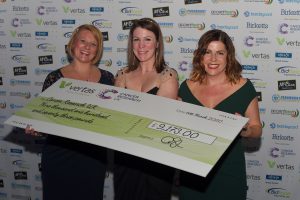 For all press and media related enquiries please contact

Check out our social media channels and follow us to keep updated with our latest news.